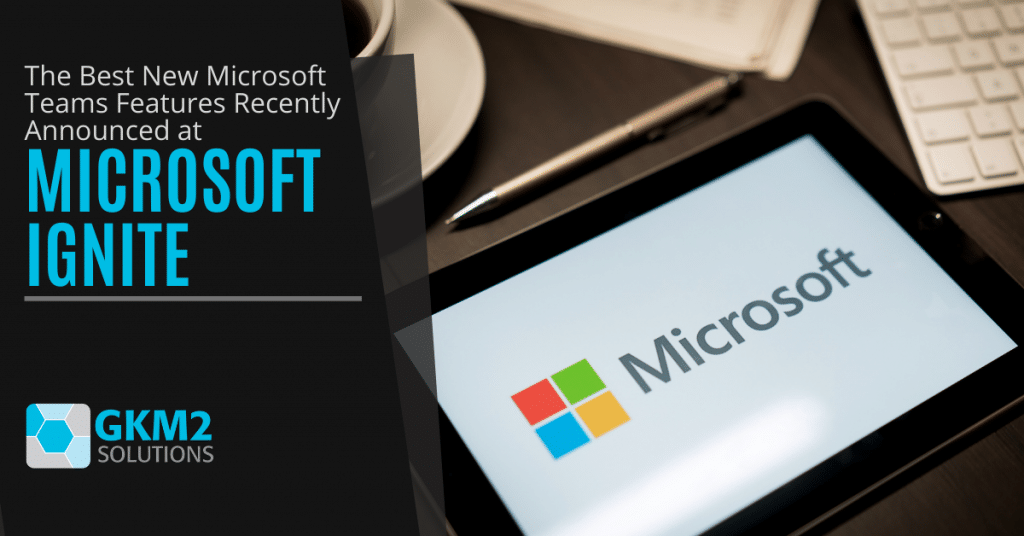 Microsoft’s annual conference for developers and IT professionals, Microsoft Ignite, was held in September and it included announcements about several new exciting Microsoft Teams features.

Over 57,500 companies in Australia use Microsoft 365, the third highest in the world (behind the US and UK). Teams is a big part of the platform that has gained even more popularity this year as companies looked to its communication and video benefits to keep remote teams connected.

The importance of the platform hasn’t gone unnoticed by Microsoft, and it has just added a slew of new Teams features to enhance collaboration, make video calls better, and improve overall platform security.

Here are the best new teams features that were announced at Microsoft Ignite. (Note: Images are from Microsoft’s site.)

Video is now being used for just about everything, even the Microsoft Ignite event and a similar recent Adobe Max event were held virtually this year. Online meetings increasingly have more people attending them and it’s important for that connection that everyone be able to see everyone else.

Large Gallery in Teams makes it possible to see as many as 49 meeting participants at the same time.

It can be distracting to have multiple different backgrounds on a video call. It also reminds everyone that they’re not working in the same building.

What Together Mode does is use AI segmentation to make it look like everyone is sitting together in the same place by adding a standard background and putting everyone inside it. Instead of seeing multiple separate screens, it looks like all video call participants are in one large screen.

Microsoft plans to roll out backgrounds for this later this year. 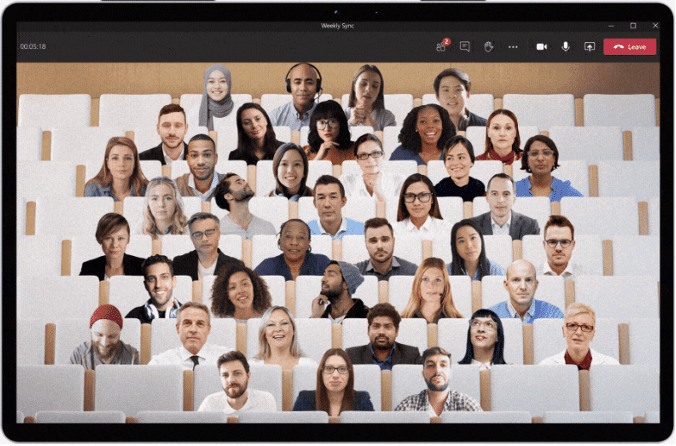 Together Mode in Microsoft Teams

One of the performance enhancements that has been made this year is to reduce the launch time for Teams on desktops.

Optimisations to how operations load during launch of the app have lowered the application launch time by approximately 30%.

At the end of August, Microsoft rolled out a new app for Microsoft 365 business and enterprise subscriptions that include SharePoint. Microsoft Lists is a handy app that can replace multiple list-based processes with a streamlined, cloud-based workflow.

Lists is available online or from a standalone app, but it has also been added to Teams, making it easy to collaborate on list processes directly inside the app from any channel.

Some of the built-in templates make it easy to use Microsoft Lists for: 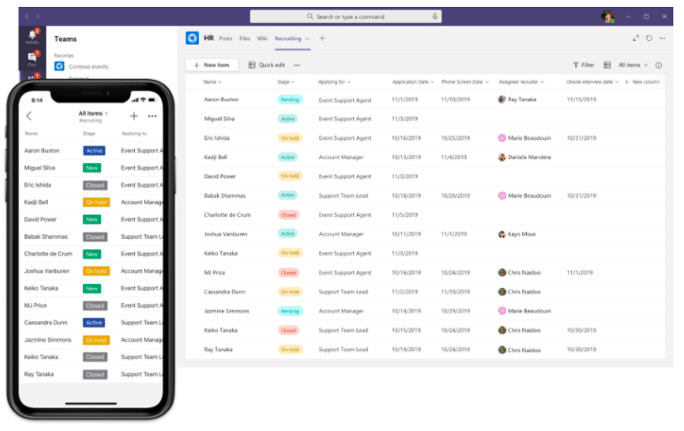 The Safe Transfer feature reduces the chance that a call will get dropped when being transferred between Teams and Skype. If a recipient doesn’t pick up, the call will ring back so it’s not lost.

You can now see the caller name when someone is ringing you over Teams. The name will also show up in your activity feed, voicemail, and call history.

You’ll get more features to take advantage of when using Microsoft Whiteboard in your Teams meetings. Whiteboard allows you to brainstorm and virtually “write on the chalkboard” together to make meetings more dynamic.

New Microsoft Whiteboard features include the ability to use sticky notes and text. You’ll also be able to select and move objects to make room for more brainstorming on the canvas.

Other updates include performance improvements under the hood that improve application speed. 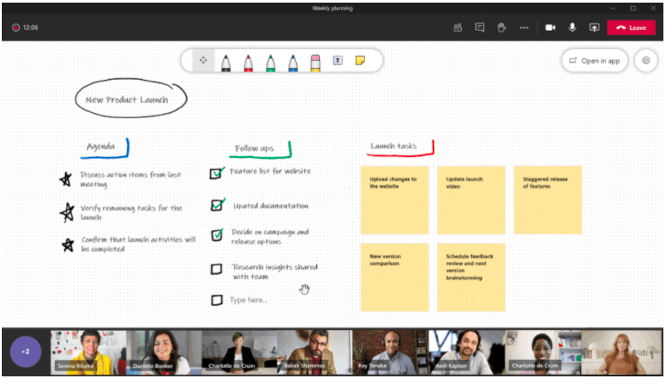 For those using the First Line Worker version of Microsoft 365, there is a new Power Automate Shifts connector to Teams. This makes it possible to automate processes within Shifts for Microsoft Teams application.

For example, employees can view shifts in their calendar of choice and create Shifts templates of their own.

Teams also was updated with some helpful security and compliance features.

These include a new meeting lobby configuration that can be used with PowerShell and Teams Admin Center. This will allow tenant administrators to assign a user-level policy that sends all participants, except the meeting host into a meeting lobby.

Another enhancement is a screen share from chat policy governance. This makes it easier to immediately begin sharing your screen from a one-to-one or group chat.

Advanced eDiscovery will automatically collect documents from OneDrive and SharePoint and pull it into an eDiscovery case. This greatly reduces the time spent manually collecting those documents one at a time.

GKM2’s Microsoft 365 support ensures that your account is customised to your company’s needs, your data is secure, and you have help whenever you need it.