Skip to content
Previous Next
What Are the Latest Updates for Microsoft 365?

What Are the Latest Updates for Microsoft 365? 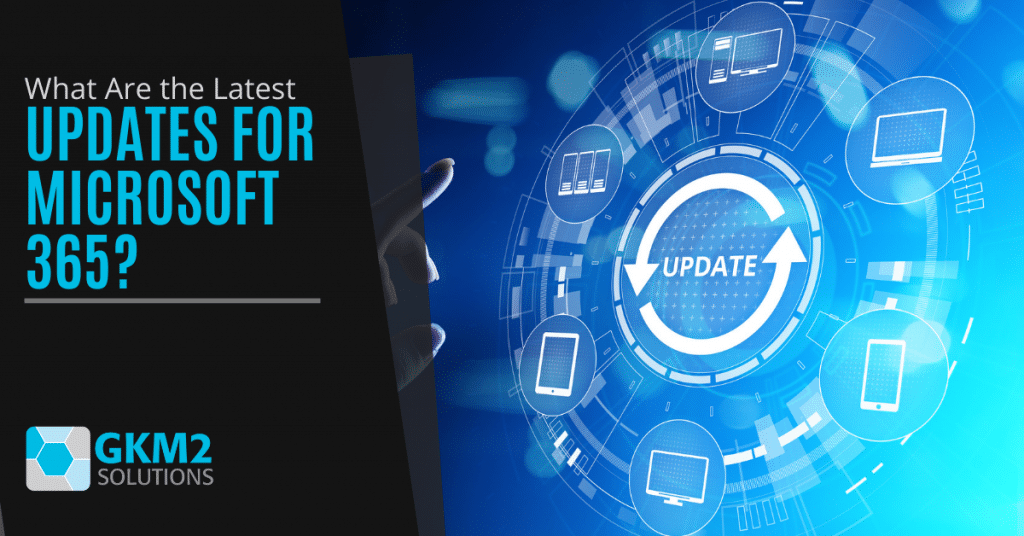 Microsoft has been making major updates to enable the workforce of the future – which is a hybrid of in-office and remote. This includes the launch of Windows 11 and several enhancements to Microsoft 365 designed to make virtual meetings and collaboration easier.

The M365 platform continues to bring value to business users and be nimble enough to adjust to new workflows through AI-powered and intuitive features. The continuous expansion of capabilities is one of the reasons why Microsoft 365 has over 82,000 company users in Australia and more than 1.3 million globally.

To get the full benefit of the platform, it’s helpful to keep up with the newest features being added. Microsoft rolls out features to M365 often that are designed to aid accessibility, productivity, security, and more.

Here’s a roundup of the latest enhancements that Microsoft recently announced. (Note, any Microsoft 365 images are credited to Microsoft.)

Today’s business world has no boundaries. Companies will often be meeting with people from the other side of the world, and for many, English may not be their first language.

Microsoft has added 27 new languages to the platform, including German, Portuguese (Brazil), Hindi, Japanese, and others. The ability to turn on live-captioning can help ensure everyone in the meeting is on the same page and can fully follow the conversation.

Beyond helping to bridge language gaps, real-time captioning also improves the accessibility of your meetings to those who may have hearing problems. They’re able to follow along and read the conversation on the screen as people are speaking.

While in a Teams meeting, you’ll find captioning under the More Actions option. 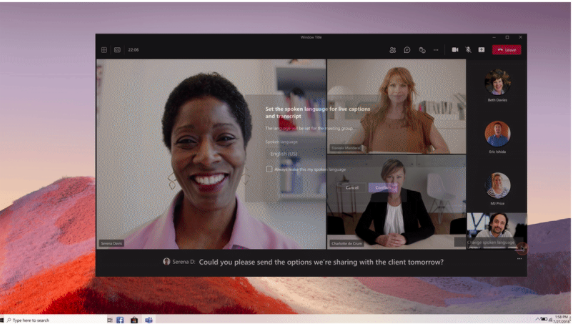 Having a transcript of a video call can serve two main purposes:

Just like real-time captions, live-transcripts can make meetings more accessible for people to follow if they need a translation or would rather read the content. But where a live-transcripts differs is that you can refer back to what someone said previously and capture the entire conversation of the meeting.

If an assistant needs to review the entirety of a recorded meeting just to capture a few “to-dos” that were mentioned, it will take much longer than just scanning through a transcript of the conversation instead. This makes the transcript feature a big boost to meeting efficiency. 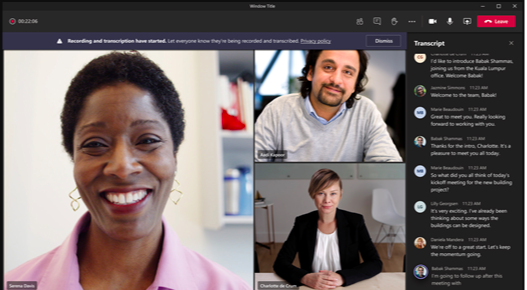 Viva Topics is a Microsoft Teams add-on that allows employees to quickly benefit from captured company knowledge. The app brings up contextual content topics with links to company resources that match.

The social conversation tool Yammer is now integrating with Viva Topics, which further powers your team to quickly access community-sourced knowledge across the organization.

Whether you are in Teams or Yammer, you’ll see the same topic references based upon your conversations. Additionally, content from Yammer will be sourced and included on Viva’s topics pages and cards.

Expanded Diagram Color Pallet in Visio for the Web

Those who are enjoying the recent addition of a free version of Visio in Microsoft 365, will now be able to get even more creative with their diagrams and charts.

Visio for the Web has an expanded color pallet, allowing you to choose from a wider spectrum of colors.

The ability to open, edit, and autosave encrypted documents in Word, Excel, and PowerPoint has been extended to those desktop applications. This will allow more people to co-author encrypted content, while still maintaining the sensitivity labeling and data security policies that have been applied.

Endpoint Analytics to Keep Devices On the Most Recent Version

There are several new OS updates out recently, including Windows 11, iOS 15, and others. Microsoft Endpoint Analytics has been enhanced to ensure that devices can be properly managed as soon as new OS versions are released.

This update includes a new Windows metric that helps you see how many devices are running older versions of Windows, so you can plan company upgrades accordingly.

You are also able to still manage devices even if they upgrade to iOS 15 or macOS 12 on the day they launch.

It’s easy to miss new features in Microsoft 365 if you don’t have a trusted guide that can help you optimize your cloud workflow. GKM2 is a Microsoft Silver Partner and can assist your Sydney area business with getting the most from the platform.