Skip to content
Previous Next
Internet Explorer Just Lost Support. Learn What You Need To Do 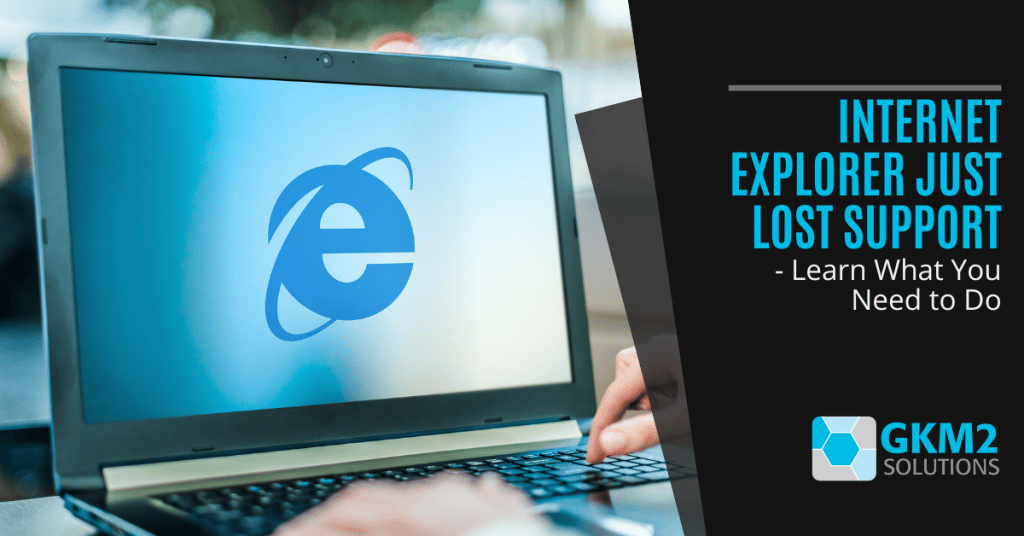 Internet Explorer (IE) came into the limelight in 1995 and enjoyed a lot of attention. At the time, many people considered it a reliable browser for exploring the brand-new world of the internet. But, as time and technology marched on, many internet users shifted and started Google Chrome and other more recent browser solutions.

After a long phase-out process for IE, Microsoft officially announced the retirement of Internet Explorer on 15 June 2022. To this effect, the browser is now entirely replaced by Microsoft Edge on Windows. This didn’t come as a surprise because Microsoft Edge was first introduced in 2015 and has been gaining users slowly but surely (it’s now the #3 browser in Australia and many other countries).

The established plan was to initially end support for Internet Explorer in applications like Microsoft 365, including Outlook.

In Japan, the shift from Internet Explorer resulted in some technical problems. Many companies and even the government were duly informed about the change but procrastinated in doing the right thing. The effect was widespread disruption and a request for help from software companies. But, this could have been averted.

Businesses that still use Internet Explorer need to act immediately to prevent being susceptible to various security risks, as the browser is no longer receiving security updates or support.

If you are intentional about keeping your business safe, read on to discover how to achieve a peaceful transition without negatively impacting the security of your business.

Should I Be Worried About Using Internet Explorer Now?

Yes, there is a need to be worried if any computers in your business still have Internet Explorer installed. Anyone that makes use of IE after June 15, 2022, is undoubtedly going to experience security issues.

Since Microsoft is no longer providing any form of support for IE, there will be a growing number of found vulnerabilities in the application which give hackers easy access to steal sensitive information from organisations.

Laptops and desktops that still use Internet Explorer will not receive security updates or upgrades on the system. In the same vein, there will most likely be conflicts with hardware and software, so there are increased chances of experiencing business downtime.

Lastly, the user experience will be reduced. There are no benefits in using systems that are outdated, in addition to being unsecure. The ultimate effect is a decrease in productivity.

What Is The Next Step?

The next step to take is to make use of Microsoft Edge, as Microsoft announced (or another trusted browser, such as Chrome or Safari). Using Microsoft Edge will provide all the necessary updates and upgrades that keep the computer system from risk.

What Are The Benefits Of Using Microsoft Edge Over Internet Explorer?

Beyond being the currently supported official browser of Windows there are lots of benefits to using Microsoft Edge, even without the urgent need to switch from IE. Here are some of the key benefits that have helped Edge “edge” out Firefox to take the number three spot in browser market share:

It also provides a password monitor that alerts the user to any potential breaches of passwords stored in Edge. This way, it is easy to monitor your security over the web and stay protected from any form of data loss.

Moreover, in terms of defending your system against any vulnerabilities, Microsoft Edge is your best bet. This is because, unlike Internet Explorer, it provides security updates immediately after it perceives a vulnerability in the system.

How To Get It Right?

It is one thing to know what to do and another how to do it. If you want to stay away from Internet Explorer, especially now that it has lost support from Microsoft, this is the perfect timing.