Skip to content
Previous Next
Firmware Attacks are Increasing Rapidly! Learn How to Stay Protected

Firmware Attacks are Increasing Rapidly! Learn How to Stay Protected 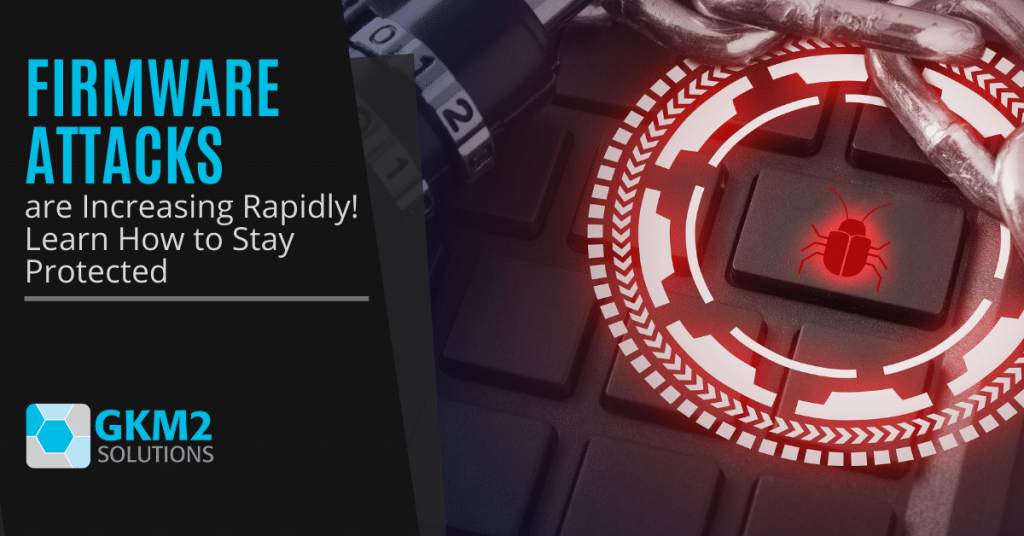 When most businesses consider updates and patches, they’re thinking about the operating system and software used on a computer or server. Those updates are vital to mitigating a data breach or malware infection.

But another type of update that is just as important is to the firmware of a device. You don’t hear about firmware updates as much, and a big reason is that they typically don’t happen as often and they’re not as visible as other types of updates.

Users will get an annoying popup on the screen when there is a software or operating system update available. But firmware doesn’t always provide a noticeable alert, which causes firmware updates to go unapplied.

Approximately 1 in 3 data breaches are caused by unpatched system vulnerabilities. This is why companies often sign up for managed services to ensure those vital updates are being handled on schedule.

There’s been a significant increase in the number of attacks on firmware in the last few years. This has brought firmware vulnerabilities to the top of mind for cybersecurity professionals.

A few of the startling statistics include:

Why firmware? And why can firmware attacks be so dangerous? We’ll go over the details below and list some ways to better protect your firmware from hackers.

Why Is Firmware Such a Popular Target?

Firmware lives outside the operating system, making it a particularly useful tool for a hacker if they can make their way into the code. It sits at a higher level and can provide complete control over a specific device.

Some of the reasons that firmware provides such a rich target are:

Firmware can be attacked in the same way that software and operating systems can, through malicious code and malware sent through phishing emails, on infected malware websites, and in malicious mobile apps.

Companies like Microsoft are beginning to address the rise in firmware compromise by bringing out servers and PCs that are resistant to firmware attacks. The company’s secured-core computers provide double the protection against infection and incorporate a zero-trust architecture.

What Can We Do To Prevent Firmware Breaches?

It’s important to understand that any IoT device, computer, server, or other electronics will have firmware. These devices need to be checked regularly for potential updates.

Create an inventory for your devices so you can put them on a firmware update schedule. Some of the things to include would be:

All types of security incidents can happen due to user error. Someone is fooled by a phishing email, reveals their system login password, and a hacker now has free reign in your network.

Arm employees with the tools they need to practice good security hygiene. This includes understanding what ransomware and malware are and how to spot a fake phishing email.

When employees are well-trained and provided with ongoing training to keep cybersecurity top of mind, they can provide a significant safeguard against multiple types of attacks, including those that impact firmware.

According to Sophos in its 2021 Threat Report, “A lack of attention to one or more aspects of basic security hygiene has been found to be at the root cause of many of the most damaging attacks” it has investigated in 2020.

When purchasing new hardware for your office, look for devices that address firmware security, like Microsoft’s secure-core PCs. With firmware now being under siege by hackers at an alarming rate, there should be more device manufacturers addressing the issue of firmware visibility and security.

Look for tools using zero-trust measures that have methods for detecting firmware intrusion.

How Protected Is the Firmware Running Your Technology?

GKM2 can help your Sydney area business with an honest assessment of your current cybersecurity strategy, including your firmware protection, and make helpful recommendations based upon the findings.

George Khalil2021-05-24T09:49:15+10:00Security|Comments Off on Firmware Attacks are Increasing Rapidly! Learn How to Stay Protected